A Brief History of the Hashtag - Dirty Martini Marketing
14

We use third party cookies in order to personalise your site experience. 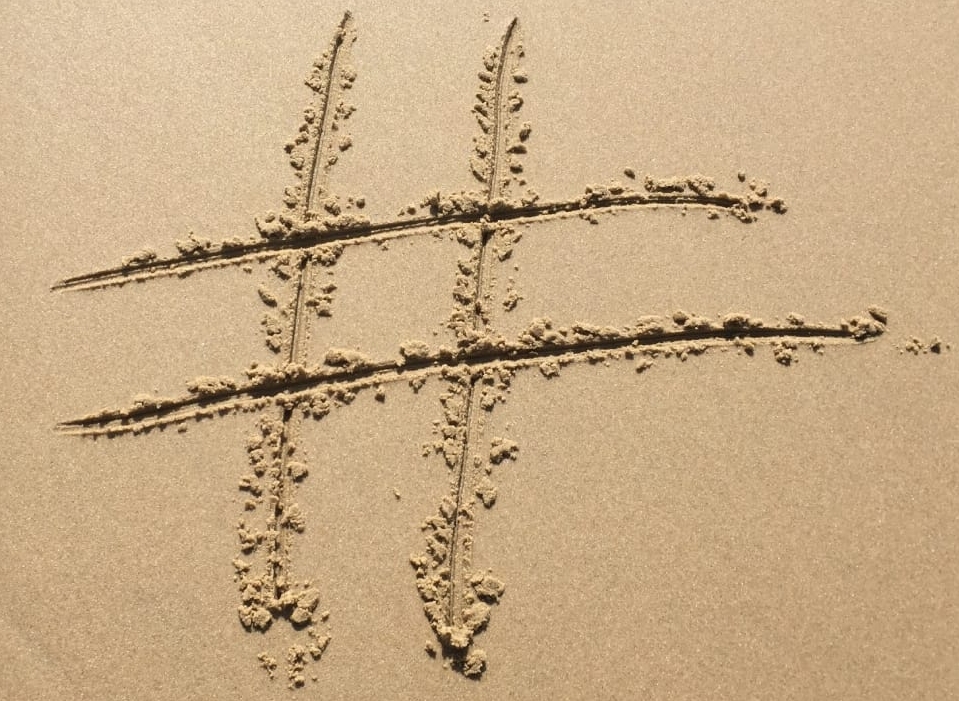 A Brief History of the Hashtag

In 2017, the hashtag turned 10. It may be a defining symbol of the digital age but its purpose was not always to reign in followers and increase brand recognition. Let’s have a look back into the history of this social icon.

Hashtag: a word or phrase preceded by a hash sign (#), used on social media websites and applications, especially Twitter, to identify messages on a specific topic. Oxford English Dictionary

In 2017, the hashtag turned 10. It may be a defining symbol of the digital age but its purpose was not always to reign in followers and increase brand recognition. Let’s have a look back into the history of this social icon.

Pre-internet, although it’s official name is ‘octothorpe’, the # symbol was most commonly known as a pound sign or number sign in America and us Briton’s referred to it as ‘hash’.

The first appearance of the hashtag on the world wide web was in Internet Relay Chat (IRC), 1988. Hashtags were being used in this fast growing network to categorise images, messages, video and other content into groups, making it possible and simple for users to search for relevant content. #London would be a channel of people talking about London, etc…

So how did this symbol make its way to the Twittersphere?

Social technology expert, Chris Messina, was the first person to come up with the very first hashtag on Twitter in 2007, asking his followers how they felt about using the ‘pound’ sign to group conversations on the platform. His tweet appeared like this:

how do you feel about using # (pound) for groups. As in #barcamp (msg)?

To which blogger, Stowe Boyd tweeted two days later, officially referring to them as ‘hash tags’ in a blog post in August, 2007.

July 2009, Twitter adopted the hashtag, adding it to it’s code, automatically hyperlinking terms appended with the # symbol. Users were now able to search for and use specific hashtags whether it be a location (#London) or something they’re interested in (#coffee), connecting users from all over the world.

Since then, the hashtag has been an indispensable tool, shaping elections, internet activism and social movements. #HeForShe #MeToo and #StopFundingHate are just a handful of the hashtags recently used to bring people together and tackle social issues such as gender inequality, injustice and sexual harassment.

They are used and created frequently by social media experts, educators, institutions and companies all over the world to start conversations, run campaigns, promote events and show humour, with the goal of reigning in more followers and increasing brand awareness.

So who else has jumped on the hashtag bandwagon? Just about every other social media channel! It was eventually adopted by Instagram, Facebook, Google+ and Linkedin and they are (or should be) an important part of every modern day marketing strategy. Instagram in particular relies on hashtags to make photos discoverable to targeted audiences, making them a key ingredient to instagram marketing success.

How you can use hashtags to grow your business

• Use local hashtags – if you want to reach out to a local audience, using a local hashtag (#Exeter) will help you gain exposure through the hashtag search system. Those who are interested to see what’s happening in their local area may come across your post and become your next customer or client. • Turn your brand name into a hashtag – build brand awareness by creating a hashtag for your brand or business and use the hashtag to monitor your reputation. • Utilise trending hashtags – trending stories will dominate social feeds with the assistance of hashtags. Use the trending hashtag to tap into larger conversations and attract new followers. • Campaign hashtags – create a hashtag for your marketing campaigns and use across all channels to make an impact. • National days/holidays hashtags – create a ‘social media key dates’ calendar featuring relevant themes which you could tie in to your business or brand. #NationalBurgerDay could be a winner for restaurants selling burgers and could be a good time to run a campaign around this hashtag.

How many is too many? Quantity wise, more hashtags are generally more accepted on Instagram than they are on Twitter. 2-3 hashtags for Twitter should suffice, whereas up to 30 is an acceptable amount for Instagram. Our advice? Don’t be spammy. Use relevant and specific hashtags in order to find loyal and legitimate followers and never underestimate the power of a hashtag.

Now it’s over to you. Time to spice up your hashtag strategy!

"If you want to reach out to a local audience, using a local hashtag (#Exeter) will help you gain exposure" 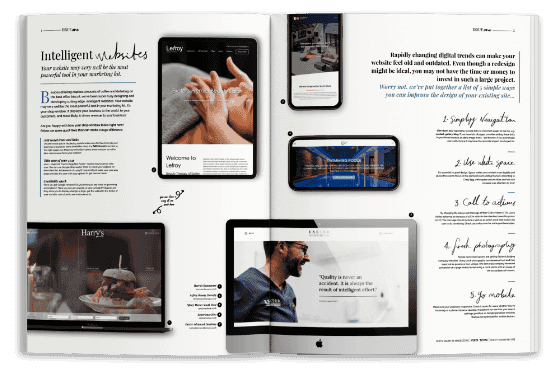 A collection of 'we-probably-shouldn't-tell-you-this' stories, stats, tricks, and tips from Dirty Martini Marketing. Enter your email below to get your eyes on our free Lookbook. 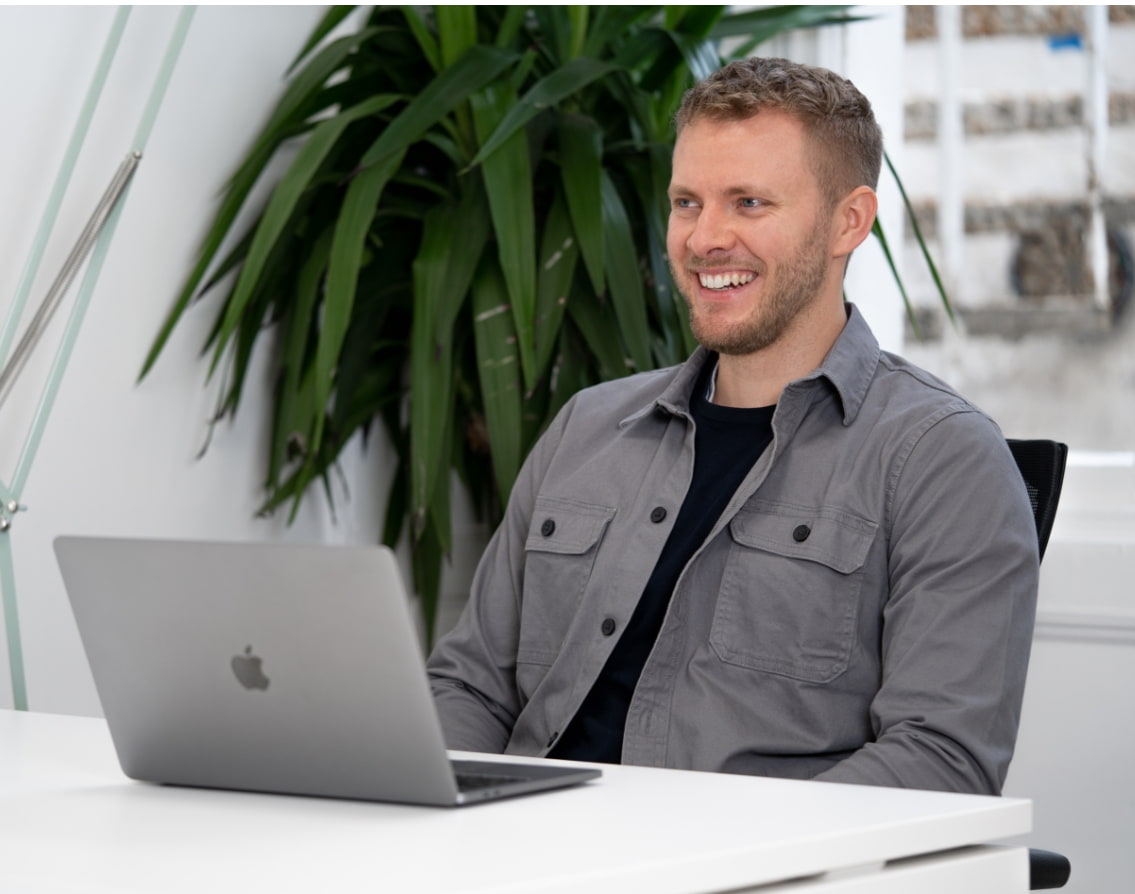 As they approach their ten year anniversary, Hornit is launching websites across the world, gaining international recognition for their products,…

10 Ways to Support Your Local Restaurants and Businesses

A rare pic of me at a place I love to visit – Harry’s Restaurant – sat alongside fellow foodies;…

Find out more about the Growth Support Kickstart Grant Scheme and how it can help your business.